I've been neglecting the blog for the past few months for one very good reason: I have a new website. If you want to check out information about my latest publications, I'll be posting about them at http://www.michaelpenkas.com/. Come check it out.
Posted by Michael Penkas at 11:14 PM No comments:

"Better Heard and Not Seen" in DarkFuse 1 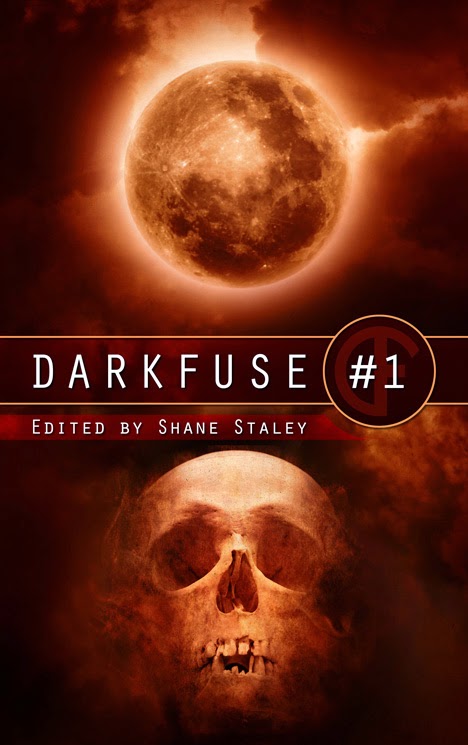 One of my stories, "Better Heard and Not Seen", is part of the first DarkFuse anthology that got released this Tuesday. It's another story that starts with a common childhood fear and (I hope) goes somewhere unexpected with it. Check it out and let me know what you think.
Posted by Michael Penkas at 5:00 PM 1 comment:

"A Banquet of Marionettes" at Horror d'oeuvres

My short story, "A Banquet of Marionettes," was published at Horror d'oeuvres on February 7. The site is subscription-based, so you only get to read the first three paragraphs before you're asked to subscribe. They post one flash (1,000 words or less) horror story per week, so it's worth checking out. Let me know what you think.
Posted by Michael Penkas at 11:03 AM No comments:

Shay Festa recently posted a review of Dead Boys on her website, The Bookie Monster.Check it out.
Posted by Michael Penkas at 10:54 AM No comments:

Tales of the Black Freighter 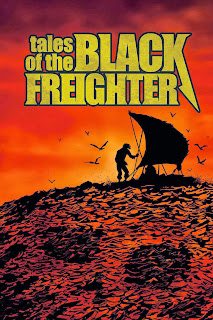 If you’ve seen the Watchmen film, you probably already know that it was based on what many consider to be the greatest superhero comic book ever written. At almost four-hundred pages, it was inevitable that some elements of the original story would be cut from the film. One of those elements was Tales from the Black Freighter, a comic book read by one of the supporting characters (a comic within a comic). The basic idea was that, in a world where superheroes are real, nobody would want to read make-believe stories about them, instead turning to other genres like horror, western and pirate stories.

The story follows the sole survivor of a ship sunk by the Black Freighter, a seemingly supernatural pirate vessel. The survivor finds himself washed onto a desert island, along with the wreckage of his ship and the rotting corpses of his crew. He initiates a gruesome plan of escape that leads to further acts of dehumanization as he makes the journey back to his hometown before the pirate ship reaches it.

The horror of this story is physical, psychological and supernatural, leaving the viewer to wonder how much is hallucination. The narrator’s need to protect both himself and his town drives him to increasingly monstrous actions. By the story’s end, we see how these actions have damned him even as we realize that, in the same situation, many of us would have done the same thing.

There’s a lot of material on this disc related to the Watchmen film and motion comic; but Tales from the Black Freighter stands very much on its own as a dark allegory for the corruption that lies buried within the best of intentions. Even the closing credits manage to disturb with Nina Simone’s famous cover of “Pirate Jenny” from Threepenny Opera. Short but darkly sweet.
Posted by Michael Penkas at 1:45 PM No comments:

Unseen by Hands in Nameless Magazine.

A few weeks back, "Unseen by Hands" was published online at Nameless Magazine. It's a Lovecraftian style of story that goes in what is hopefully a surprising direction. Check it out and let me know what you think.
Posted by Michael Penkas at 5:47 AM No comments: 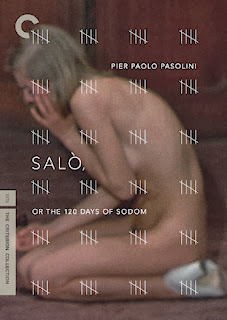 This film made me throw up. You can take that as a recommendation or a warning. I can’t honestly recommend this one for entertainment value; but if you’re looking for disturbing films, this is the big one.

The film is based on The 120 Days of Sodom by the Marquis de Sade, with the setting updated to World War II fascist Italy. Four prominent men (a banker, a bishop, a judge and a president) arrange to have eighteen young people (nine male and nine female) abducted and held in a remote chateau, where they are tortured over several weeks. The prisoners are raped, led around on leashes, force-fed shit, branded and mutilated. Between humiliation sessions, they are forced to listen to the almost comically shocking stories told by old prostitutes about further depravities. The prisoners do not escape. The four masterminds are not brought to justice. The film ends with the implication that these atrocities will simply go on.

Director Palo Pasolini had a lot to say about the symbolism throughout this film and, I suppose, a case can be made for its artistic merit. But the film is also disgusting on both a physical and emotional level. With these sorts of films, it’s always difficult to tell if the director is attempting to associate this disgust with some social evil (wartime atrocities and the excesses of fascism) or simply creating an exploitation piece. It’s also difficult to tell if the attempt is successful or if the film becomes so disgusting that any socially redeeming message is lost between scenes of rape and murder.

It really all depends on why you want to watch disturbing films in the first place. If you’re simply looking for celluloid endurance tests, Salo will be the kind of challenge you’re seeking. If you’re looking for a film that explores the darker side of human nature, you should find something here as well. But it’s not a party film or a date movie or one of those “so over-the-top-it’s-funny” kind of stories. It’s a shocking film whose bleakness has rarely been approached since its release over thirty years ago. The Criterion Collection has recently re-released this film on DVD, so you have a chance to see for yourself. Proceed with caution.
Posted by Michael Penkas at 9:53 PM No comments: